https://www.edgeboundgames.com/pc/games/middle-earth-shadow-of-mordor-game-of-the-year-edition/ - Middle-Earth: Shadow of Mordor Game of the Year Edition

Experience the definitive version of Middle-earth: Shadow of Mordor which includes DLC packs The Lord of the Hunt and The Bright Lord story missions, the Trials of War challenge series plus additional Warband Missions, Runes & Skins.

Middle Earth™: Shadow of Mordor™ is a third-person action-adventure game developed by Monolith Studios (known for game titles such as the F.E.A.R. and Condemned franchises) and published by Warner Bros. Interactive. The game's story takes place in Tolkien's 'Lord of the Rings' universe while gameplay takes inspiration from the Batman Arkham titles as well as some elements from the Assassin's Creed franchise, and at the same time, featuring an all new mechanic called the 'Nemesis System' where Uruks (Orcs) in the game world vie for promotion and domination by either fighting each other or killing the player.

Take on the role of the Gondorian Ranger Talion who, after seeing his family murdered and he himself executed at the hands of the servants of Sauron, was given a second chance at life as an undead ranger by the wraith of an ancient elven lord named Celebrimbor. Together they seek revenge for their murdered families and at the same time, break the curse that binds them to the moral plain.

Winner of over 50 “Best of 2014” Awards including Game of the Year, Best Action Game and Most Innovative Game. 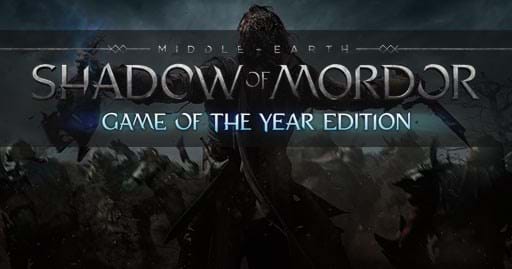 OS: Ubuntu 14.04.2 64-bit / SteamOS
Processor: Intel Core i5-750, 2.67 GHz | AMD Phenom II X4 965, 3.4 GHz
Memory: 4 GB RAM
Graphics: 1GB NVIDIA 640 or better with driver version 352.21 or later
Network: Broadband Internet connection
Hard Drive: 47 GB available space
Additional Notes: AMD and Intel cards are NOT supported. If you wish to play the game using an AMD graphics card, you should update your graphics driver to version Catalyst 15.7 or higher. You should be able to run the game without experiencing stability issues or graphical glitches, but you may still experience poor performance.